It's summer time but that does not mean your Breakers FC teams have stopped competing. This upcoming week your Breakers FC will take on the prestigious Surf Cup where Boys & Girls ages U8(2012)-U14(2005) will play on dates 8/3/19 - 8/5/19. Your Breakers will feature three teams in the upcoming tournament. The 2010 Boys , 2009 , and our U13 USSDA boys teams will all participate. With an average of more than 490,000 people watching every year all of the teams are excited for the challenge.

Our 2010 boys are excited to be part of Surf Cup in San Diego. They will be facing Boca OC and Strikers FC Irvine on Saturday and FC Golden State on Sunday. Results from Saturday and Sundays games will determine the teams opponent on Monday. The 2009 Breakers FC Jr Academy team with boys ages 9-10 years old from Santa Cruz to Salinas.  The core of this group has been playing together with Coach Mickey since 2016 when they started at 6 and 7 years old.  Now 4th and 5th graders,  they are still led by our Coach Mickey Duran, born and raised in Watsonville.  They are currently the 2018/19 NORCAL State Cup Champions for the Gold division. This team will be playing in the Surf Cup in August 2019 and the State Cup Premier division fall 2019. League play starts in August with the team playing at the NorCal Premier level. Lastly this years upcoming U13 USSDA boys team will be competing in the U13 bracket. Last season this team enjoyed tremendous success as one of the top U12 USSDA teams in their region. You can follow all results at this link. 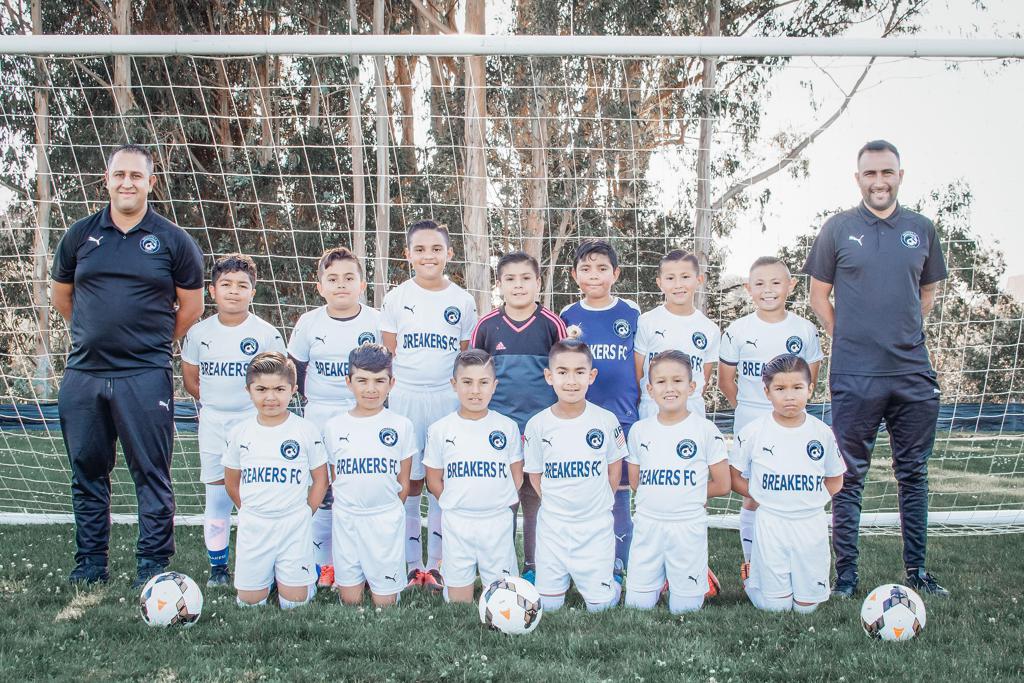