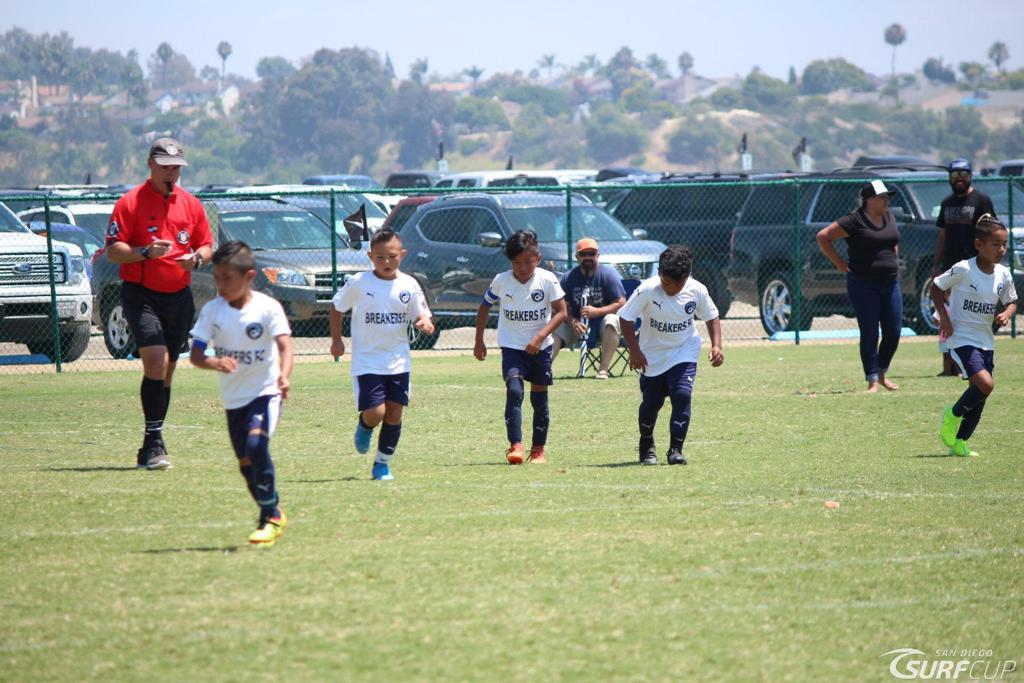 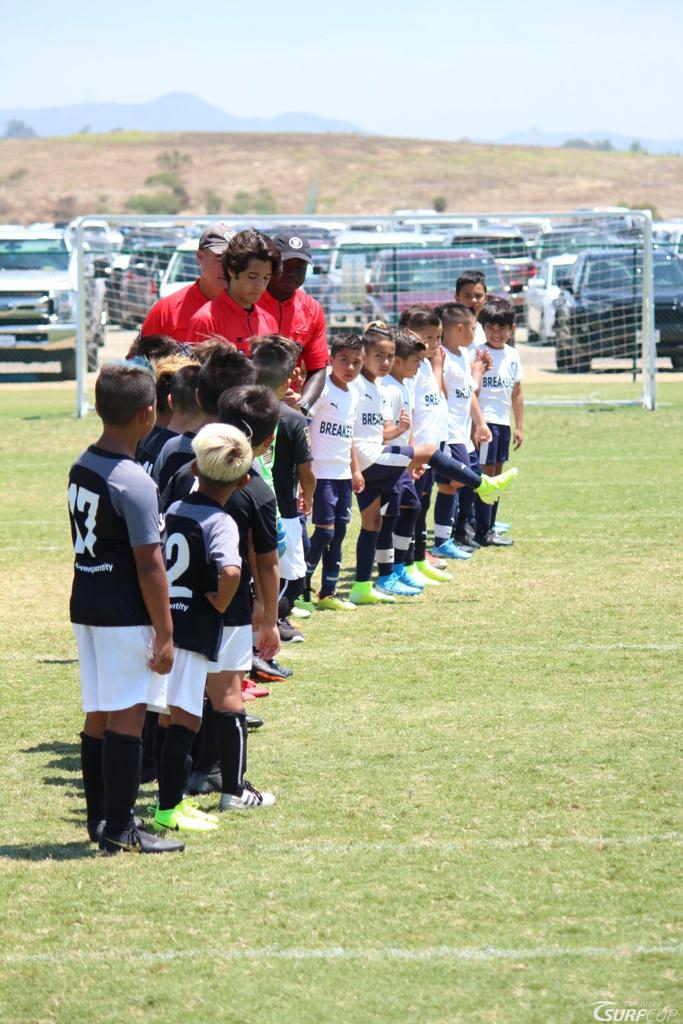 The Breakers FC 2010 team had a great weekend at Surf Cup San Diego full of fun and learning experiences.

Saturday they took on Boca OC winning 3-2 and Strikers Irvine winning 3-1. Sunday’s game was a tie vs Golden State FC assuring  a semi-final for Monday. Monday’s semi final was against Newcastle United where the Breakers were able to advance to the final with a 3-1 win. The Breakers once again faced Boca OC but this time in the Final to determine the Champion of the Surf Cup U10 Black Division. The Breakers ended first half of the final down 1-0. In the 5th minute of the second half they trailed 2-0. Two minutes after Art scored giving our Breakers some hope for a comeback. A minute before the whistle was blown Giovanni shot one into the net making it a 2-2 tie and sending Breakers to penalty kicks. During the final we ended up tied 2-2 and losing in penalties, but together as a team we were Champions!

Please join us in congratulating our players and coaches on an AMAZING Surf Cup weekend! 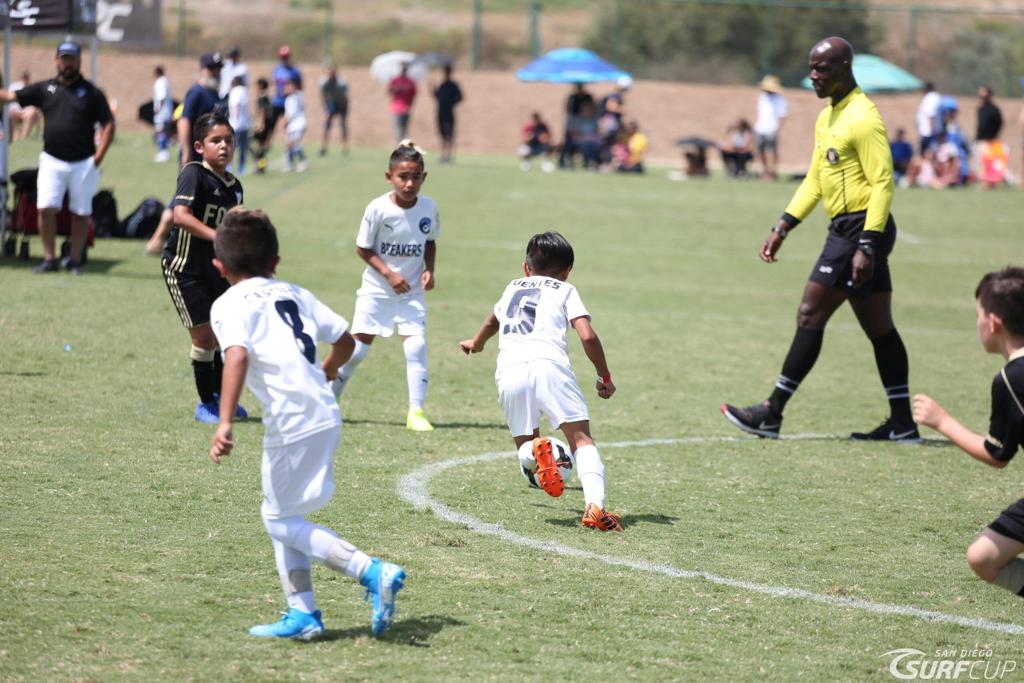